Brandon Marshall is a professional American football player who plays in the wide receiver position. His love for football shows when he plays the game and he is known for his brilliant tackles.

One of the toughest players out there, he has had an illustrious football career. As great as Brandon Marshall is, we also love the haircuts that he wears.

His hair game has evolved over the years and he now has dreadlocks and an undercut providing the best of both haircuts into one. The hairstyle looks stylish yet functional.

Who Is Brandon Marshall?

He was a star athlete from the start as he was excellent in high jump too. He attended the University of Central Florida and pursued sports there as well. He played as a wide receiver and competed in 44 games.

He was part of the UCF Knights football team. The 2005 Hawaii Bowl was his best game up to that point and he earned the MVP title for it.

He was the 119th overall pick in the 4th round of the NFL Draft in 2006 where he was picked by the Denver Broncos.

His career highlights include being one of the 100 greatest Bears of All-Time, First-Tiem All-Pro in 2012, and NFL receiving touchdowns co-leader in 2015.

He made the record for most receptions in a game. Brandon Marshall was also a co-host of the sports talk show First Things First on Fox until August 2021.

What Is The Name Of The Latest Brandon Marshall Haircut?

Brandon Marshall has a dreadlocks undercut haircut where only a certain portion extending from the top of his head to his nape has hair.

All the other areas of his head are shaved. The undercut was popular from the 1910s to the 1940s but then the trend slowed down.

Then it came back in the 1980s and then three decades later it has taken a firm place on the haircuts list because many A-listers are trying it out.

Dreadlocks have been in fashion for a long time and they are still significant in African culture today.

Brandon Marshall’s dreadlocks plus undercut combo is winning people’s hearts because he has managed to bring together two iconic haircuts into one.

The irreplaceable buzzcut haircut is among the best men’s haircuts because it gets rid of all your hair except you are not exactly bald. You have the shortest length of hair possible and your hairline shows.

Brandon Marshall’s buzzcut is cool for many reasons and the major one being that it is barely there but is making a statement nonetheless.

If you want to achieve the same look then use hair clippers to get that perfect buzzcut that is close to your scalp.

Brandon Marshall sported the short afro haircut that was uniform length throughout his head. He looked dapper in this haircut as his natural hair shone to glory.

After the buzzcut, he started to grow his hair and this was the amazing result that he got.

We think the haircut looks really good on him and he let it grow for a long time to get the length that he needed for the next haircut which he still sports today.

Brandon Marshall opts for a mohawk and undercut-like haircut where the mohawk consists of dreadlocks.

Sometimes he leaves his hair open and it is bob length while at other times he makes a bun out of his locs. This adventurous haircut is the best one of him yet.

Steps In Getting Dreadlocks And Undercut Haircut

You are going to learn how you can get dreadlocks and undercut at home which will save you money and a trip to the salon! Remember this will take some time to perfect but have patience and you will have the haircut of your dreams!

We cannot stress it enough that you want to start with clean hair to ensure the dust and oiliness of your scalp is not weighing down your hair.

Then simply give your hair a comb-through just to ensure everything is smooth. Now section your hair using a comb and clip the top portion where dreadlocks will be installed after a while. Make sure that you do so for hair until the nape.

Once you are done properly sectioning your hair and keeping the top of your hair away from the rest, it is time for an undercut.

Use a trimmer at number 0 and cut your hair so it looks like it has been nearly shaved.

You can use a razor for this purpose but for beginners, this can be tough as you are likely to accidentally cut your hair on top. Using a trimmer and going slowly is the key to the best undercut.

Now is the time to attach dreadlocks. If you have natural dreadlocks then wonderful. But if not, you need to attach the extensions.

Buy medium-length or bob-length dreadlocks that are thick if you want them to be visible from afar.

Then using elastic bands tie your hair into small ponytails then attach the dreadlocks on top by using a crochet hook. You want to pull in your natural hair inside the deadlock.

Brandon Marshall is a gifted sportsman from the start and his focus has brought him to where he is today.

The best part about Brandon Marshall is being able to express his vulnerability which has helped him gain even more fans.

His haircuts have been simple yet fashionable. He doesn’t conform to others but stands by what he feels is right. His haircuts and styles are no different.

He doesn’t go around mimicking others but loves to create his style. Which haircut of Brandon Marshall do you like the most? 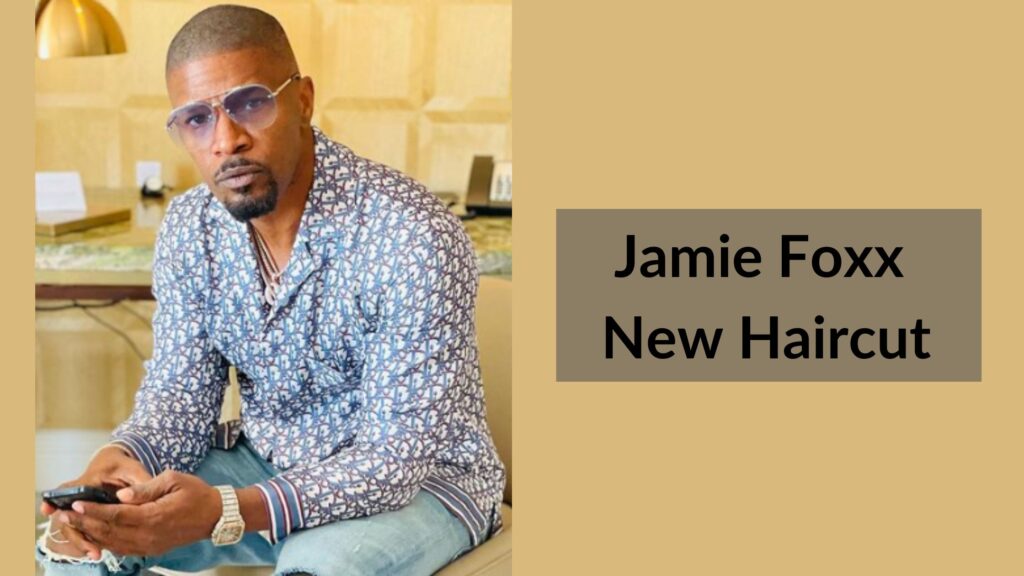 Check out Jamie Foxx new haircut. His new haircut is trendy and perfect for the summer season. Jamie Foxx is a talent powerhouse who has…